What is Edward Snowden?

That sounds like a funny question, I know. But I’m not talking about guilt or innocence. What I’m trying to figure out is: Is Snowden a ‘whistleblower’ or a ‘traitor’? 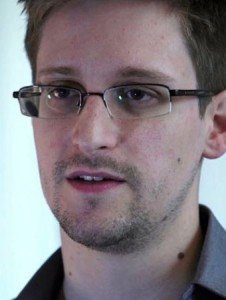 Snowden is the 30-year-old, self-educated, former NSA contractor of Booz Allen Hamilton. During the course of his work, he had access to sensitive and classified U.S. government documents. Recently, he handed over this sensitive information that revealed the surveillance operations and data collection efforts of the U.S. to countries where relationships are at best tenuous, most notably China.

As of this writing, Snowden has been holed up in a transit area at the Moscow airport. You read that right: Snowden, arguably one of the most wanted men in federal law enforcement at the moment, is now playing out the life-imitates-art version of the Tom Hanks film, “The Terminal”. He arrived there on June 23 from Hong Kong and is awaiting asylum from Ecuadorian authorities. Russian President, Vladimir Putin has said he will not extradite Snowden, but he won’t allow him into his country either. So there, in Sheremetyevo International Airport, he remains.

Now that you have the background, back to my query: What is Edward Snowden?

If he is a whistleblower, should the terms that his father laid out in the interview below be met?

As you saw, Lonnie Snowden, Edward’s father, thinks his son will return to the U.S.  if he is allowed release pending trial, there is no gag order stipulated and if he can choose where he will be tried.

I have no expert opinion on two of those demands. The first, however, is right up my alley.

Taking into account that Snowden has already fled the jurisdiction once, noting that he did so before any charges were filed, it is unclear if the system is required to grant bail. If the court does, it should be of an appropriate amount to guarantee his appearance, which will be determined by the court. What is equally critical is the court’s determination on release mechanisms. If Snowden was granted release and made bail, he should be fitted with a proper monitoring device, be allowed to go to a limited number of places, like his lawyer’s office, and have a curfew. Additionally, he should be required to physically check-in with an appropriate agency, who can record is presence.

Actually, whether you view Snowden as a ‘whistleblower’ or a ‘traitor’ one could argue that release pending trial and the proper release mechanisms to monitor his daily movements would still be suitable. We are all innocent until proven guilty, right?

In the end, it is for a court and a jury to determine what Snowden is as it pertains to how our country views him. Until then, let’s do what we can under the law: secure his appearance, restrict his movements, watch him carefully and keep him away from anything we don’t want prying eyes to see.

Do you think Snowden should be released pending trial if he returns?

What are the proper release mechanisms for a case with circumstances like his?

If he gets bail, how much do you think it should be?

Tell us in the comments.