In the last five weeks, the impaneled jury has heard both sides of the story: The State of Florida purports that Zimmerman shot and killed Trayvon Martin, 17, after profiling and following him in the rain. The defense team wants the jurors to see it as a simple case of self-defense.

What we do know is that a teenager is dead. 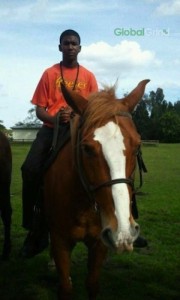 Zimmerman encountered the teen after he was seen walking in Zimmerman’s neighborhood. The defense states, Martin jumped out of the bushes and attacked Zimmerman, leaving the older man in fear of his life and with no other choice than to pull his gun to shoot and kill his attacker. 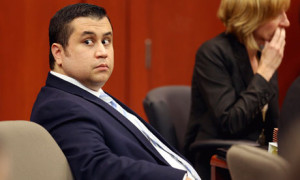 At the time of this writing, we don’t know what the jury will find. The arguments were compelling on both sides. One thing that everyone agrees on is that a verdict will be reached — and now that it has gone to the jury— soon.

But a funny thing happened on the way to justice.

Immediately following the commencement of jury deliberations, the relatively new (and African-American) Sanford Police Chief took to the cameras in a press conference calling for peace following the verdict. He cautioned that anyone breaking the law, for whatever reason, will be arrested and prosecuted accordingly. Rev. Al Sharpton, who became involved in the case in 2012 when he pressed the Sanford Police Department to make an arrest in the weeks following the shooting, also took to the airwaves and asked for a peaceful reaction to the verdict.

As of this writing, the crowds have thickened outside the Seminole County Courthouse, as people with placards readied for the verdict.

This has been an issue for Central Florida law enforcement since it became apparent earlier this week that the case would end and there is actual potential for a verdict by the weekend. The worry is so great that several Floridian law enforcement agencies got together and created a video urging people to remain calm when the verdict is announced because “we’ve got your back.” See below:

Throughout the heightened emotions of this case, the criminal justice system has worked as it should. Zimmerman was arrested, had a hearing and was released on bail with the proper mechanisms. The only thing left is for the jury to reach its decision. Soon this case will be over, outside of appellate issues, in the immediate future. What remains unclear is if Sanford, Florida will be able to withstand the aftermath of the verdict.

If it was you, your brother, sister or friend, who was attacked and killed the attacker, what would the proper verdict be?

Or, how would you feel if your son or daughter was killed following an altercation of this kind? What would be justice to you then?

Do you think there will be fallout in the city of Sanford after the verdict?

What do you think will happen to George Zimmerman if there is a not guilty verdict?

Tell us in the comments.