DA Does Jail While Repeat Offender Freed To Kill

You may have heard that earlier this month to the south of us in Travis County, District Attorney Rosemary Lehmberg, 63, was arrested and charged with driving while intoxicated. The arrest video shows a thoroughly annoyed Lehmberg, stumbling and stammering minutes before she was handcuffed by officers. See for yourself.

Later, she was even confined to a chair with a “spit mask” covering half her face “for her own protection,” as one officer put it. See below:

This was a first offense for Lehmberg. No sooner than she plead ‘guilty’ was she sentenced to 45 days in jail. It begs the question, what were her motivations to plead so quickly? Can the average person decide to move through the judicial system that fast? What release conditions was she offered, if any? Will 45 days, turn into a 3-for-1 deal, as many county sentences do? Was this move a last-ditch attempt to salvage her political career? There is reason to believe that stepping down would be the right decision for Lehmberg, but on April 25, it was reported by KVUE-TV, an ABC affiliate, that she decided not to run for re-election. She would, however, like to finish the three years left on her term. There is a petition for her to resign her elected position, and there is possibly a bill to let the state intervene if she doesn’t quit. The lightning speed of the case, the 45-day jail sentence and the political fallout makes us wonder: What is the right release mechanism and conditions for first-time DWI offenders? What release mechanisms and conditions are employed for offenders of family violence, sex crimes, or internet fraud? As a community, would we like to see offenders released on cash, personal recognizance, pre-trial or surety bonds? And, if so, who would supervise it to guarantee the mechanisms are in place and the required conditions are being met? In the cases of the first three, there is not a clear cut answer to that question.

Meanwhile, to the north of us in Grayson County, Ricky Trent Stanley, 28, of Whitesboro, is a perfect example of the mishandling of release mechanisms and conditions. Stanley hit and killed on-duty Sheriff’s Deputy Chad Key, 42, while he was directing traffic following an unrelated late-night accident.

Meanwhile, to the north of us in Grayson County, Ricky Trent Stanley, 28, of Whitesboro, hit and killed on-duty Sheriff’s Deputy Chad Key, 42, while he was directing traffic following an unrelated late-night accident. 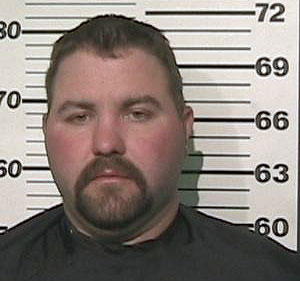 The important thing to note is, Stanley was arrested three times for driving while intoxicated and convicted twice. The third case was still pending at the time of the incident that killed Key. Following Stanley’s third arrest, he was released on bond with conditional release but it turned out not to be enough. Stanley is being held in Grayson County on a $3.7m bond. His trial for his third DWI is scheduled to begin on July 22.

These two cases are completely different. You have a professional, who was reportedly never in trouble before this DWI offense, and was sentenced to a month-and-a-half in jail. Next, you have a habitual offender released after a third strike, which freed him to cause further harm, finally, killing someone. Stanley was driving someone else’s vehicle when he struck Key, which is an illegal act and against the expressed conditions of his release, according to newspaper reports.

Here’s my point: In the cited cases, conditional release supported by proper mechanisms befitting the particular crimes would have helped all the parties involved including the respective, economically-pressed counties. Perhaps, additional monitoring of Stanley’s daily alcohol intake with multiple visits to a lab for testing or check-ins could have prevented this loss of Key, a husband and father to three sons.

Instead, why not sentence Lehmberg, who plead guilty and avoided a costly trial, to a suspended sentence and six months to a year of having a breath alcohol ignition interlock device, that dashboard system which prevents car operation unless you breath into it so it can measure your alcohol levels. In this scenario, it is possible Lehmberg would have learned her lesson but, just in case she didn’t, the record would have reflected her plea and conviction, the taxpayers would not have to foot the bill for her 45 days in jail, she would be barred from driving while intoxicated, and she would be free to answer to the voters who put her in office regarding her behavior that was caught on video and is part of the public record.

The Lehmberg and Stanley cases are two extreme examples of what happens in our communities when the wrong release mechanisms are employed without careful consideration of their impact far beyond that of the arrested individual. Much more thought and evaluation has to go into determining what the specific set of release mechanisms will be for each offender and their corresponding crimes. I know, sometimes it takes extreme examples like these to forge effective change.

This much is clear to me: the decision to incarcerate or release someone on bond does not have a cookie-cutter, one-size-fits-all, simple fix. We must address the individual and their particular crime and pair it with a release mechanism that addresses what they are accused of doing. We wouldn’t want someone who is accused of internet crimes from their home computer to be on house arrest along with access to a computer and internet connection. That logic should apply across the spectrum of offenders and the crimes they commit. Subsequently, those accused of DWIs require similar restrictions on access to alcohol, vehicles or any combination of the two.

Do you think Lehmberg, a first-time offender, should have received jail time? If not, what punishment do you feel would have been more appropriate?

Do you think proper release conditions will effectively address recidivism?

Tell us your thoughts in the comments.