Should Kidnap and Rape Suspect Ariel Castro Get Bail?

By now you have heard the story.

A young woman’s scream is heard from next door. A neighbor responds. She begs him to help her escape. He does. Once the woman and a little girl are free, the elder of the two explains she’s Amanda Berry, an Ohio female who disappeared as a teenager a decade ago. Wait, there is more. There are other women being held captive in the house. Below is the account from the Good Samaritan neighbor, Charles Ramsey.

The above is a quick synopsis of how the world was first introduced to a man named, Ariel Castro, 52. He’s the owner of the house where three women, Berry, 27, Gina DeJesus, 23, and Michelle Knight, 32, were allegedly held as sex slaves for varying degrees of time not less than 9 years. 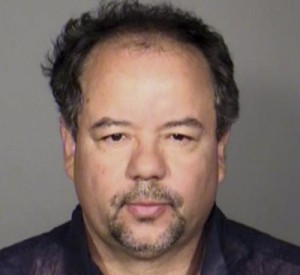 In the days to follow, people involved would be hailed as heroes by the public. Castro would be deemed a torturous monster by the court of public opinion. As a result of the found captives, Castro and his two brothers, Pedro, 54, and Onil, 50, were arrested and held in jail awaiting the inevitable charges associated with the house of untold horrors on a very ordinary block on Cleveland’s West side.

Now that light has found its way inside the once dungeon, news reports assert what the police believe to be true: Ariel Castro kidnapped, raped, and tortured the women, especially when they became pregnant to force a miscarriage. He kept them in chains and ropes letting them outside only twice in the last decade. The rape of Berry, police believe, resulted in one daughter age six. His two brothers were not charged in connection with the kidnapping, rape and enslavement of the Ohio 3.

For now, Castro, a man with no record, belongs to the criminal justice system. See his arraignment below:

“Today, the situation is turned on him,” Murphy said to the judge. “Mr. Castro stands before you a captive, in captivity, a prisoner.”

Moments later, the judge slapped Castro with a $2M bail amount per case. Translated into laymen’s terms, Castro has a separate bail of $2M for each of his kidnapped victims plus the child bore of Berry during her entrapment. That is a total of $8M in bail. In effect, he would need 10-percent of that, or $800,000 cash or bond, to get of out jail while awaiting his trial.

Some took to Twitter in disappointment. They believe the court setting bail in the first place was a slap in the face.

I can certainly understand the desire to hold this man until he has his day in court. But let’s set emotions aside for a moment. Our criminal justice system calls for ‘due process,’ which means everyone should get treated equally under our justice system. Some jurisdictions have restrictions on bail, but where there is no law barring bail based on the crime, every suspect and potential defendant should have a chance to get out of jail until they are found guilty.

Not only is it a way to ensure equity within the system, but due process might mean, for a particular individual, being free to continue to work, so they can pay for a defense. We should also consider the cost of housing an inmate. This is a costly proposition and one that tends to fall to the taxpayers. We should avoid burdening them every chance we get. There are many reasons why bail should be an option, so I won’t try to list all of them here, but those are a couple of examples to think about.

If Castro were to make bail, it is important that the court levies the correct release mechanisms so Castro cannot continue the same bad behavior of which he is accused. For example, the court stipulated that he is to not have any contact with the four victims while either inside or outside of jail. I would add to that if freed, he should not be allowed to drive as that was his method of kidnapping his victims. Also, an appointed individual should visit his house on a regular basis to ensure, he is not imprisoning anyone else.

For Castro, these points may be moot. His lawyer told the court this morning: “The man doesn’t have any money… he clearly doesn’t have that ($800,000).”

So for now, setting bail was, indeed, tantamount to remand.

What do you think: should bail have been on the table in Castro’s case?